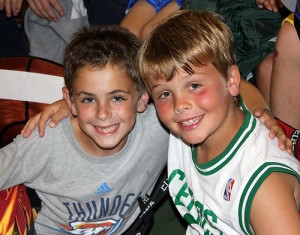 The summer of 2011 is over, a new school year has started, everyone has finally unpacked their camp bags, and now the wait for the summer of 2012 begins.  Ten months isn’t really that long.  Every year we manage to wait it out.  But when it’s September and the fun times we had this past summer are still fresh in our minds, it seems like an eternity; and, inevitably, we all feel a little bit (or a lot!) camp sick.  We all know the feeling.  Some of us find ourselves singing camp songs or have the urge to tie-dye something…maybe even set our ring tones to the camp bell, or just sit around with camp friends re-living all of the memories from the summer.  Saying goodbye to another summer in our own way is a rite that we go through every fall.  We not only say goodbye to our camp friends, but our counselors, and upper campers.  But on the upside of goodbye is hello.  Hello to all of our new friends who will join us for the first time next summer.  Hello to the challenge and excitement of planning a new summer that’s even better than last.  Hello to good times that turn into new memories.  Hello to a new group of campers.  Hello to the new counselors and staff members who choose to make camp their summer home next year.  Hello, everyone. We can’t wait to see you in the summer of 2012!

There is something about singing that brings people together. Perhaps that’s why singing (and music in general) is such an important part of camp. The silly or sometimes sentimental words of a “camp song” can set a mood, evoke a feeling, and create atmosphere. Music is a universal language that everyone understands. Perhaps this is why so many American summer camps open and close their summers with sing-alongs. Sing-alongs are fantastic ways to say both “we’re together again” and “until next time.”

Ask campers to name some of their most favorite moments of summer camp and, most assuredly, 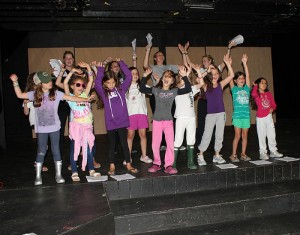 they’ll name more than one that involves singing in some way…that first exciting night of camp, campfires, zany and often spontaneous dining room rituals, fun times with fellow campers and counselors inside the bunk, and saying goodbye at the end of the summer. More importantly, ask any current or former camper to sing his camp alma mater and he’ll do it as if it’s second nature. The words of a camp’s alma mater are magical—a way to instantly transport one back to camp and those summers filled with fun and friends.

Many parents say that their children even sing camp songs constantly throughout the winter as a way of remembering their time at camp. Some of them even admit that they can’t resist the temptation to join in. Parents, do you ever log onto your computer to check out the camp photos for the day, see your child painted in blue from head to toe or maybe wearing a crazy wig and big nerdy glasses and wonder, ‘What in the world?’  The answer probably has something to do with your summer camp’s special events and evening activities.  For fifty plus nights (and some days) summer camps entertain your children with some of the zaniest games and wackiest contests that they can come up with.  Why?  Because it’s fun to be painted in blue from head to toe…seriously.  Or at least it is when your cabin is performing a dance to the Smurfs theme in front of the entire camp and you’re Papa Smurf—or Smurfette.  And seeing images of your children and their counselors slipping, sliding, and splashing around in what appears to be multi-colored goo…it’s a camp thing…a really fun camp thing.  Eye patches are always fun.  So is spending a day pretending to be pirates and searching for buried treasure.   Becoming a secret agent and collecting clues to decode a message or pretending to be wild animals is also a great way to spend that occasional non-program day.  From trivia contests to talent contests and everything in between, some of the greatest moments of summer camp happen during the crazy days and wacky nights!