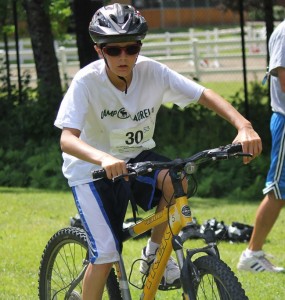 Yesterday was one of those gorgeous Maine days that make going to camp in Maine so special. The weather was perfect, the sky was as blue as can be, and 57 campers ran, swam, and biked their way through the Sherpa Triathlon. It was challenging, exciting, and it filled us with such a sense of pride! Meanwhile, Acadia and Apache were having an 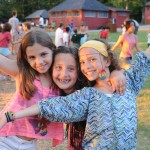 awesome challenge of their own – searching our grounds for jewels during Gold Rush, then selling and trading depending on the “market prices” of rubies, sapphires and gold! Camp sisters wrote down their wishes and dreams inside hand-crafted boats that were launched on to Echo Lake, while the boys went bumper tubing and played Gaga, Tennis, and Ping Pong. Campers from every campus learned who will compete in the semi-final rounds of our first annual Laurel Idol Competition! We’re rolling-out America’s favorite singing competition in Readfield, with Baxter and Sequoia bringing down the house tomorrow night! We’ll let you know who makes it into the all-camp finals!