Camp Laurel is a virtual city in itself. And the cabins are the campers’ summer homes. While Camp  Laurel has great facilities – on the water and on land – it’s the cabins that really make camp a homey, warm and comfortable environment for each camper.

While the Camp Laurel day starts with wake-up at 7:45 AM (or 8:15 AM for older campers) we are “on the move” all day long. The cabin is a special place where each child’s summer family (campers and counselors) comes together to share the day, spend quality time and, of course, sleep. In addition to each child’s cabin, campers are also a member of a “campus.” That’s the area of camp where children live, hang out, play ping pong and pop-a-shot, spend their free time and bond with not just their cabin – but 35-45 campers in their own age group. While the camp day is frenetic, the campus is a great place to relax, unwind, play some cards, tell stories, share a joke and chill.

We’re so pumped for Week 4 coming up. The summer is literally flying by but there’s lots more to come, including the beginning of Second Rotation Activities which start tomorrow. We’re psyched! 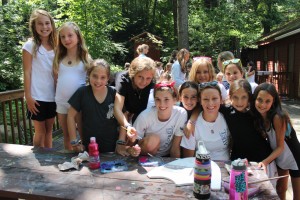 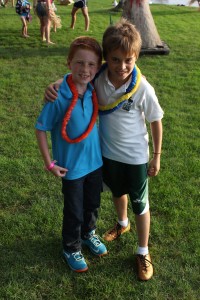 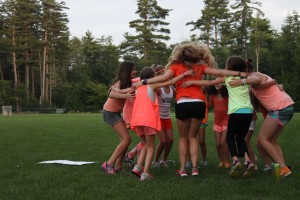