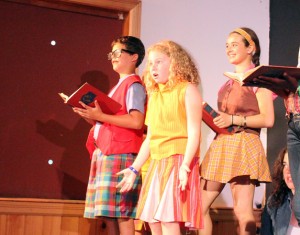 Okay, admit it. You’ve found yourself spending a considerable amount of time admiring that candle your daughter gave you on her camp’s Visiting Day or those wooden bookends your son brought home. Part of you wonders how come you never got to make stuff that cool when you were a kid while another part of you is mystified by how the arts and crafts staff of your child’s summer camp was able to draw out the Picasso in your little ones. After all, you can barely get them to focus long enough to make a poster for their science projects. What is it about camp that seems to facilitate children’s creativity?

Sure it’s woodsy and remote, even quaint–the perfect place for children to feel free to be 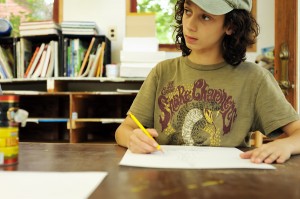 themselves. They certainly do a lot of things at camp that they don’t get to do at home. And you did spend the entire summer looking at photos of your daughter posing in a rainbow colored tutu—Did she ever take that thing off?—and of your son covered in face paint knowing full well that neither of them would EVER dress like that at home. And was that your son dressed as a dog singing on stage? Singing? Him? Really? And last night he just told you, by the way, that he is trying out for the school play this year because the camp play was really fun. He would never ever—even if someone had double dog dared him—have auditioned for a play before camp. What changed? The Expectations. 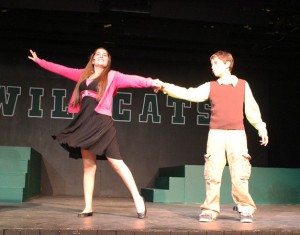 There are a lot of reasons children find themselves exploring more creative avenues at summer camp, but one really big one is that the expectations are different. Children learn to respond to expectations. Moreover, they learn to respond to the expectations of individuals. They understand that their parents have expectations as do their teachers, siblings, friends, coaches, so on and so forth. Whether we’re comfortable admitting it or not, a lot of the expectations in that ten month world campers know as “winter” in some way promote conformity. Expectations placed on children at home, in school, etc. emphasize the importance of following rules and established guidelines. Of course, camp expectations do this, too, but the emphasis at camp is not to find one’s place in that larger whole by blending in but by standing out. Camp is a place in which children are encouraged to try new things in a quest to find their passion. 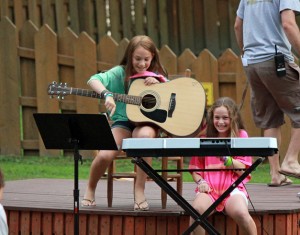 creation for the camp photographer’s camera—those ones in which she was covered to her elbows in dye—and you’re thinking that’s you wouldn’t really classify tie-dye as a “passion.” Maybe not. But it could be the beginning of one, the spark that leads to an interest in art or the arts, or even just the memory of trying something new that turned out to be fun that lends courage to trying other new things. The expectations in the “world” of camp is that campers will explore it. Perhaps this is why it’s no surprise that many well known figures attended summer camp and attribute it to being the place where they found long-term direction. Sure, learning how to plunk out folk songs on a guitar is a long way from the philharmonic and being part of the chorus in the camp play is certainly not Broadway, but the idea is the same and, for many campers, it’s the start of building enough self confidence to stand out.