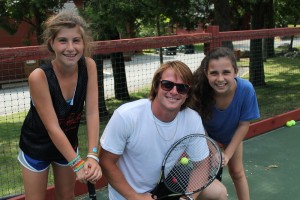 A popular question that a lot of prospective summer camp counselors ask recruiters is about the difficult aspects of the job. After hearing about how much fun they will have, about the amount of time they will get to spend outdoors, about all of the friends they will make, and how much money they can save, it all sounds a bit too good to be true. Candidates want to know, ‘So, what’s the hard part?’ It’s a good question because, while it’s true that a simple internet search will produce article upon article about all of the great aspects of working at a sleepaway camp, few highlight the difficult parts of the job. In the name of bucking the status quo, this blog is going to take a stab at it.

First, camp ends. That’s probably the hardest part. From an outsider’s perspective, a 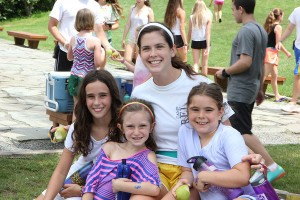 couple of months never seems like a long time, certainly not long enough to form any permanent bonds or attachments. What a lot of people fail to consider, because it’s just such a foreign concept to most people, is that those two months aren’t 9-5, 5 days per week months. They’re 24/7 months—including meal times. That’s roughly 1,344 hours of constant interaction with campers and co-workers compared to the 320 hours those people who just do that daytime thing get. A little basic math establishes that’s roughly eight months of regular work time crammed into two. Eight months is the better part of a year and plenty of time to get pretty attached to new friends as well as campers. That’s why tears are usually inevitable when it comes time to saying goodbye. Goodbye is always hard. But it’s even harder when you know that you may never have the opportunity to see some of the people with whom you’ve just spent the equivalent of eight months of your life again.

Second, you have to be comfortable around children. This sounds like a no brainer, but if you’re used to spending most of your time around adults, spending most of your time around children requires a bit of an adjustment. It goes without saying that interacting with children requires a filter of sorts. Obviously, you don’t share everything with children that you would with other adults. Interacting 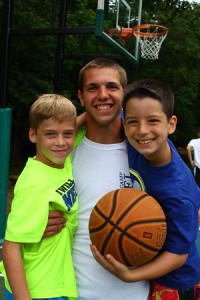 with children also requires a great deal of discretion. They’re looking at you for answers. Not only knowing what answers to give but when to give them is important. Knowing when it’s not your place to answer but to escalate the issue is even more important. Also, successful interaction with children is all in the presentation. You have to be a good salesperson to a certain extent. Before signing up to work at summer camp, think about the fact that convincing at least one camper to do something he or she does not want to do and to have fun while doing it is likely going to be a daily occurrence. If you’re a person who is quick to lose patience, summer camp may not be the right fit for you.

Third, stepping outside of your comfort zone is difficult. Think about it. When you’re feeling like pizza, do you pick up the telephone and call a different restaurant to order each time or do you call that place that you know makes a killer pie? There is nothing wrong with comfort. It certainly makes life (and decisions) easier. But leaving friends and family and going to a completely foreign environment to live and work for two months is definitely taking a giant step out of the comfort zone for most people. A lot of first year staff members arrive at camp thinking they’re prepared…and then reality sets in. Just accept that you will feel disoriented for a few days and definitely out of your comfort zone, which is hard. But if you stick with it, you’ll find that stepping out of your comfort zone to work at camp is one of the best hardest things you will ever do.

Finally, working at camp is exhausting. Seriously. You need some serious stamina—both mental and 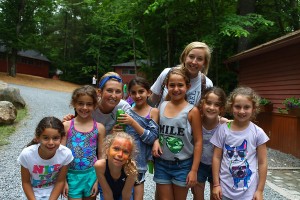 physical–to make it through the summer. The days are long. The sleep is short. You will likely be given one day off per week, on which you will still find yourself spending time with the same people with whom you’ve been working for the past six days and with whom you will work for the next six days. Obviously, if you’re a person who values a lot of alone time, you might find working at camp a bit hard.

There you have it. The hard part. The fine print. The ‘What’s the catch?’ If you’ve read all of that and are ready to take on a bit of difficulty in exchange for a whole lot of fun, then a summer at camp just may be the right fit for you.